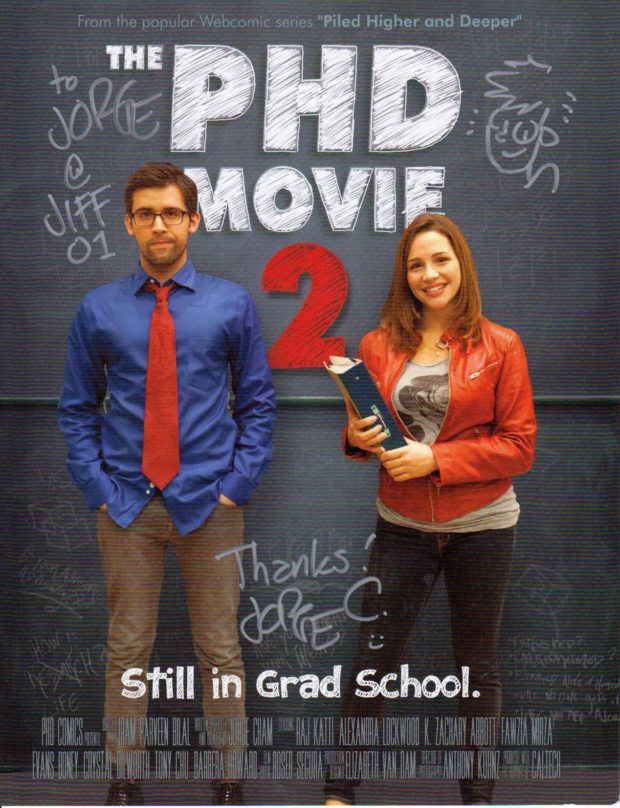 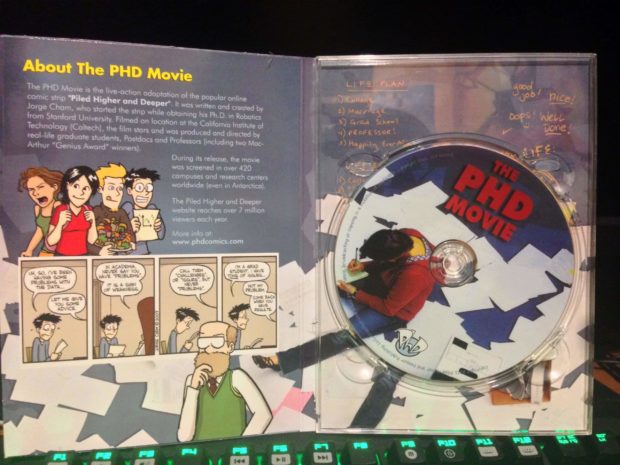 A sequel to the independently-produced movie based on PHD Comics, about life (or the lack thereof) in Academia.

In 2011, we took a huge risk and did something that had never been done before: an independently produced movie adaptation of an online comic. The PHD Movie, based on Piled Higher and Deeper (phdcomics.com), featured real grad students and scientists in many of the lead roles (including producer and director), and was screened at over 500 Universities and Research Centers worldwide (including Antarctica!) during its release.

We want to create a film that follows up on the characters from the first movie and tells more hilarious and heart-felt stories from the front lines of Academic research.

Many of the people involved in the first movie are starting to move on, so our window to make this is short! Let's make something amazing happen!

What do I get if I contribute?

You get to see the movie! All rewards give you access to the movie once we release it.  BUT HERE'S THE THING: At $100K, our Kickstarter goal is only enough to cover the production costs for a 30 minute sequel (film production is very expensive). So, the more we raise, the longer and better we can make the movie! Help make the movie better for everyone by telling your friends and spreading the word!

In addition to the rewards, all backers get behind-the-scenes access to our writing and production updates. You get to see what Jorge and the cast are doing and watch early clips from the movie!

How can I help?

We know grad students have a limited budget, so there are other ways you can help. The most important thing is to spread the word! Post this on Facebook, Twitter, or Tumblr throughout the campaign. Tell your labmates! Tell your parents!  Tell your Professor! Ok, maybe don't tell your Professor (unless they are PHD Comics fans).

In addition to helping us spread the word, we will need a lot of extras, actors for small parts, and musicians.  If you are interested and live in Southern California, please contact us!

Why do a follow-up project? During the release of the first movie, we got emails from people all over the world who had seen the movie:

'Your movie helped me get my academic life back in perspective.' -Kaitlyn, Michigan Tech U.

'It gave me so much comfort to know that I'm not the only one suffering!' -Amanda, Queen's U.

'Oh it's brilliant! Simply a marvel!' -David, Tech. U. of Denmark

'I realized my feelings about my research are normal.' -Sinikiwe, U. of the Witwatersrand, South Africa

We think the first movie resonated with a lot of people because it showed something that you don't typically see in other movies or shows: that scientists and researchers are human, and they are passionate and funny. A sequel would let us tell more stories about these characters and help communicate to the public what it's like to be an academic.

What is PHD Comics?

If you aren't familiar with PHD Comics, it is one of the longest running comic strips online (www.phdcomics.com). About 7 million people visit the website each year, with readers from every continent. To catch up, check out this list of TOP 200 PHD Comics. We're also the same people who started PHD TV, a science and discovery outreach channel on YouTube with over 4 million views.

What's the movie about?

Whereas the first movie was about creativity and passion, the theme of the second movie will be the Quest for Significance (significant results, feeling significant). The general plot finds Cecilia about to submit and defend her thesis. Expect lots of jokes about the agony of writing, dealing with your committee, more jokes about being a Teaching Assistant and overcoming the dreaded Impostor Syndrome.

If we raise enough, the plot will take the entire Smith lab to a remote academic conference, where we'll meet a host of new characters, including some from the comics archive like Mariko and Prof. Smith's Nemesis, Dr. Sangeeta (dun dun dun!).

How will the money be spent?

Stay tuned for updates on our Kickstarter. 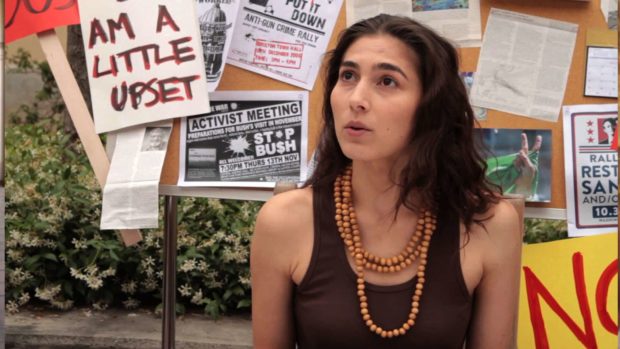